Celebrating twenty one years of service and sisterhood

We have reached this milestone because we have given our time and love to ensure that we not only accomplish 21 years, but that our sorority serves as a home for many many more women to come. To our newest membership, seeing your excitement and eagerness to do the work of a Beta woman, it is clear that all work prior to your initiations was necessary and worth it. We stand alongside one another proudly honoring ourselves by way of Beta Phi Omega Sorority, Inc. 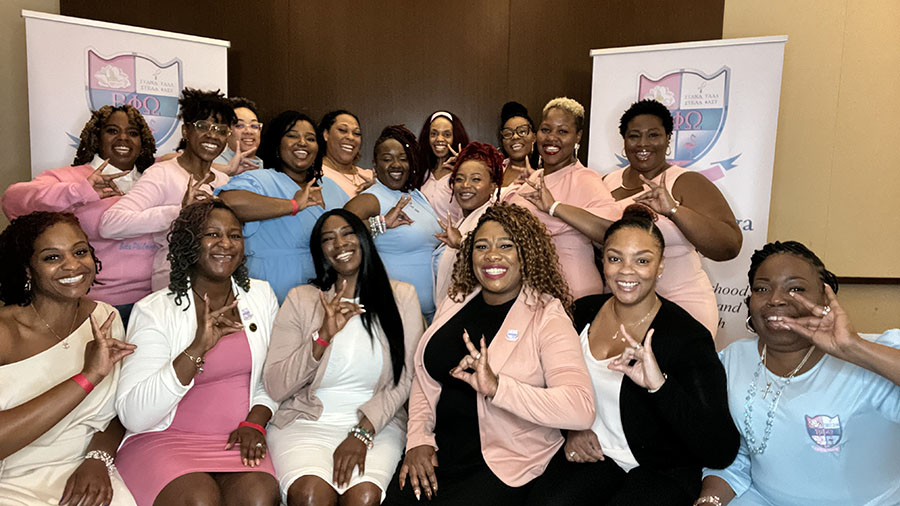 Beta Phi Omega Sorority, Inc. was founded on June 27, 2000 by the Founding Diamonds and marked the beginning of what is Nationally known as Beta Phi Omega Sorority, Inc. We became officially incorporated in the state of Florida on January 16, 2001 and trademarked on December 2, 2014. Our mascots are the pink flamingo and the dolphin.  Our flower is the magnolia, and our gemstone is the diamond!

We wanted to start an organization that did not discriminate against women because of their ethnic background and sexual orientations. It was very important to us that we worked to form a unified, unique, diverse, and comfortable sisterhood. With the many issues that affect the LGBT community day to day, we also wanted to be a strong and active voice in the community by providing our service and leadership. Presently, Beta Phi Omega Sorority, Inc. is victorious in offering exceptional service and leadership to many companies and organizations not just in the LGBT arena, but in all areas of service.

Although we cater to feminine lesbian women of color we do not discriminate against bi-sexual, heterosexual women, or any race. We feel that it is ultimately wrong to deny anyone the right to be interested in a sorority such as ours. There are many women that would love to participate in the many volunteer activities that are present in our lesbian communities as well as in the heterosexual arena.

We do a wide range of community service, such as HIV/AIDS Awareness,  the March of Dimes, Breast Cancer Awareness, Safer Sex Seminars, Black Lesbian Pride events, and so much more. We are always extending the invitation for dedicated women to get to know Beta Phi Omega Sorority, Inc. better. We want to meet leaders that are not afraid to make a mark in history!